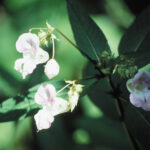 I have used a Bach remedy as prescribed by Sarah Tommany.  Initially I was unsure as to whether there would be any effect from it but thankfully I was very surprised by how much effect it had on me.  Without going into detail about my reasons for taking it, when I compare the difference it provided, it was like I’d been living with a blanket draped over me, weighing me down and making me focus only on what was bothering me, and the remedy removed that blanket.  I had no health problem at the time but being in the state that I was, it would have just been a matter of time before stress and worry started to affect my health for the worse.

I was very surprised by both the speed and strength of the effect from the remedy.  I still don’t understand how it can have achieved what it did.  On reflection, I think a good part of the effect was actually achieved in the initial consultation; Sarah guided the discussion carefully through my situation and I could tell she understood where I was.  It was like having a conversation with someone I’d known for a long time and who I could trust.  She explained the reason for each of the parts that would make up my remedy and checked back with me that they fit with what I needed.  I wouldn’t normally talk to someone I don’t know about how I feel, but the consultation – rather than being hit with a list of probing questions, was more a case of gently removing the layers of something that needed handling with care.  Because of the tact shown by Sarah, if I feel that I need to use a Bach remedy in the future, I will definitely call on her again.